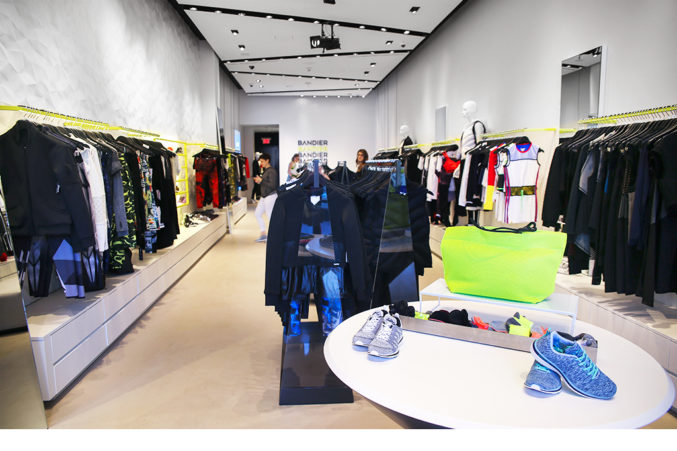 Think of Bandier as the Neiman Marcus of activewear. Once an executive in the music industry, managing Grammy-winning talent such as TLC, Jennifer Bandier turned her eye for talent on the activewear world, blending her passions for music, fitness, and fashion to create the unique concept behind her namesake brand. Since launching her first retail store in Southampton, New York in the summer of 2014, Bandier has curated fashion-forward apparel from over 50 up-and-coming and established brands, hosted innovated in-store events, and collaborated with musicians, influencers, athletes, and designers to make her store a go-to fitness destination for celebrities such as Lena Dunham, Ashley Benson, and the Kardashians.

As her first move towards national expansion, Jennifer set her sights on Dallas’ Highland Park Village, opening the historic shopping center’s only activewear retailer in November.

Let this shop know you found them on D Magazine’s Online Directories.
Sports Womens
Request Edits to Your Listing
SMS