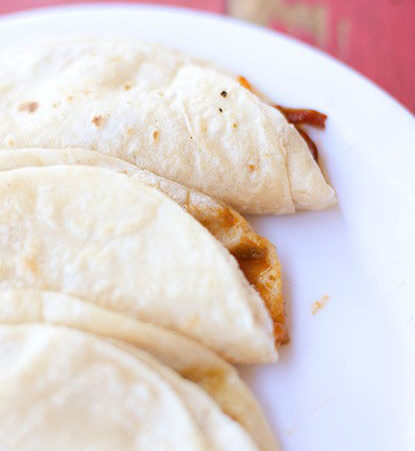 La Nueva is owned by Gloria Vazquez Martinez, a native of the Mexican state of Zacatecas, whose father opened the first La Nueva in 1968. There are now six family-owned spots in Rio Grande, Zacatecas; another La Nueva in Lewisville; and several other operations in the area. At the Webb Chapel branch, the specialties are guisados, thick stews that are as street food as street food gets in Mexico, plopped into springy tortillas made from the inferno-producing machine at the front of the place. The guisado verde is a green conflagration of pork. The guisado rojo with strips of nopalitos (cactus pads) lashes out at the palate with less intensity—but not by much. Further down the Scoville scale is the iridescent and rich mole.