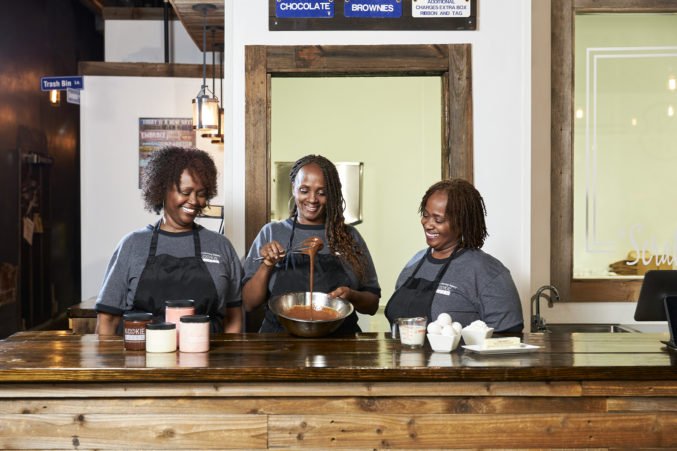 Sisters Shinita Briggs, Darla McCuen, and Kim Haynes have been serving up their addictive cakes, cookies, and brownies since 2002. They first opened their doors in DeSoto but closed in 2004. After a lengthy break, they gave it a shot again in 2015, this time in Mesquite. And now, Kookie Haven has called a storefront on West Jefferson Boulevard in Oak Cliff home. Finally feeling settled, the sisters are trying a new venture inspired by something they’ve been doing all along.