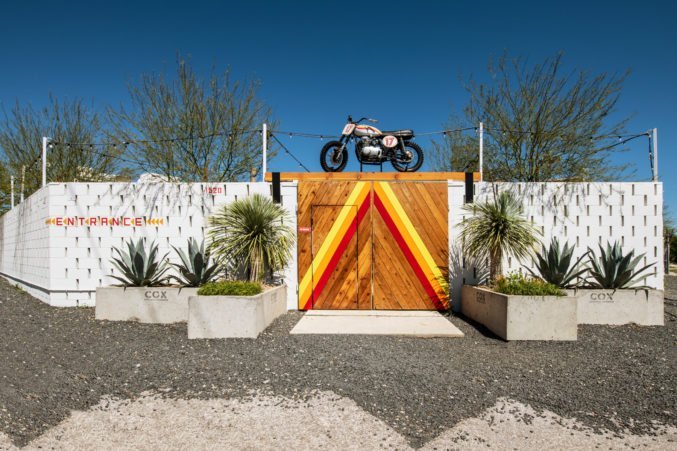 With restaurateur Nick Badovinus’ usual, intense Wes Anderson curatorship, he had built a cinder block-walled compound on Lowest Greenville. Flavor Hook restaurants have always been experiential; with Desert Racer, Badovinus further brings you into his world. Glide between a slushy frozen margarita or red-wine sangria, a coconut-milk paradise or a smoked whiskey cocktail with mole bitters (that would marry with anything from the wood-fired grill). Or maybe a cantaloupe and mezcal highball, bright as an agua fresca. In the kitchen, wood fire touched the deeply flavorful al pastor, and the smoke ring of the tender oak-smoked chicken conjured memories of standing around a campfire. There was blackened red snapper, pink-centered, wet-aged carne asada.