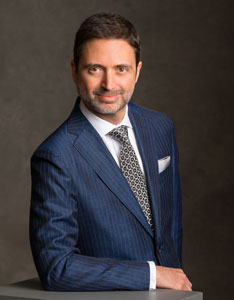 If you’ve been injured GET HELP NOW.

All calls to Frenkel & Frenkel returned 24 hours a day 7 days a week.

Mark Frenkel is a founding partner of Frenkel & Frenkel, LLP.  He is Past President of the Dallas Trial Lawyers Association and current Director of the Texas Trial Lawyers Association.  He is licensed in Texas and Missouri and handles cases throughout the country.  Mark has been chosen by D Magazine as one of the Best Lawyers in Dallas for the past 12 years.  Fort Worth Magazine selected Mark as one of the Top Attorneys in Fort Worth.  Mark has been selected by Texas Monthly as a Texas Super Lawyer for the past 6 years.

Mark D. Frenkel was born and raised in St. Louis Missouri. In 1991, he took clerkships with firms in St. Louis, Missouri and Dallas, Texas. He was extended an offer from the Dallas firm of Arter & Hadden and relocated to Dallas permanently from 1992 to present. After leaving Arter & Hadden, he was employed by the Dallas office of a large New York insurance defense firm. In 1994, he envisioned a new law firm, and he and his brother formed Frenkel & Frenkel. Initially, they represented one insurance company from Austin and a trucking company from Joplin, Missouri. Within six months, they had decided to dedicate their careers to plaintiffs. Since that period of time, Frenkel & Frenkel has helped thousands of clients recover hundreds of millions of dollars in gross settlements and verdicts. Email Me

Frenkel & Frenkel Specializes in the following: