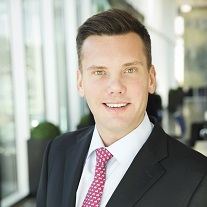 Dean Gresham possesses a depth of experience in cases involving corporate greed and irresponsibility, consumer fraud, personal injury, business torts and class-action litigation. He served as co-lead class counsel in class actions against Google and Yahoo! which resulted in a reform of the Internet pay-per-click advertising industry. He was also co-lead counsel in the largest vehicular manslaughter case in Texas history. After the 9/11 attack on the World Trade Center, Gresham provided pro bono legal representation for victims.

In 2017, Dean was named one of the Top 100 Lawyers in Dallas and has been named a Texas Rising Star or SuperLawyer from 2009-2017 in the Texas Super Lawyers edition of Law & Politics Magazine. He is consistently chosen by his peers as one of the Best Lawyers in Dallas by D Magazine and was named as one of the Top 100 Trial Lawyers in Texas by the National Trial Lawyers Association in 2008-2017. Licensed in Texas and Oklahoma, he routinely handles complex litigation across the US.

Mr. Gresham handles a wide variety of cases dealing with personal injury, business torts, and class action litigation, including but not limited to the following areas: