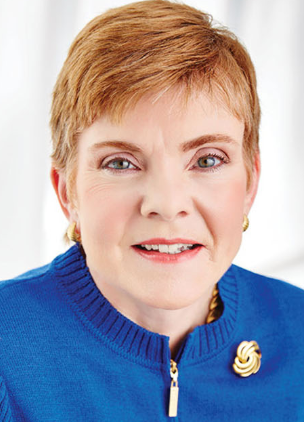 Carol A. Wilson provides expertise, focus and compassion in times of family turmoil, having skillfully litigated and tried complex divorce, property division, and child custody cases for more than 30 years. Since 1992, she has been Board Certified in Family Law by the Texas Board of Legal Specialization, a rigorous designation with additional education requirements and testing. She also completed the intensive National Family Law Trial Institute in 2017.

Carol believes that quality representation means using the lawyer’s version of the Golden Rule: treat your clients as you would want to be treated. Thorough preparation is one of the keys to Carol’s success, and she knows that the most effective way to settle is to prepare so thoroughly that she is ready to go to trial — and the other side knows it.

In addition to owning The Law Office of Carol A. Wilson, PLLC, Carol is Of Counsel to Siebman Law, LLP, a prominent Northeast Texas litigation boutique. Carol has been recognized by her peers for her work in family law, including honors from The Best Lawyers in America®, Best Law Firms, Super Lawyers, D Magazine’s Best Lawyers in Dallas, and Martindale-Hubbell.

Questions I WISH My Clients Would Ask, August 2021

Marital Agreements Must Be Followed to Be Enforced, May 2021

How Does Owning a Business Affect a Property Division? April 2021

How Does Social Media Affect Your Divorce? March 2021

10 Things to Consider Before Moving Out of Your Marital Residence, February 2021

10 Things Business Owners Should Consider Before Getting Married in Texas, January 2021

The Texas Supreme Court’s Big Decision in Family Law This Year is In Re C.J.C., December 2020

What To Do When You Think Your Spouse Is Hiding Money, October 2020

Any Form of Support for a Child Under the Age of 18 can be Modified by the Court, August 2020

Refinancing A Separate Property Home During Marriage, May 2019

Read More About Carol A. Wilson