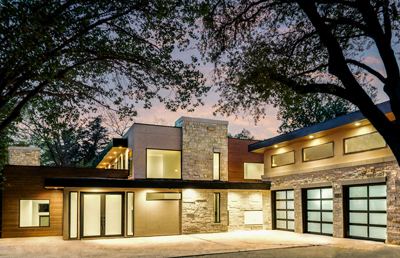 From the Builder (Sponsored)

After graduating from Baylor, Richard joined a Fortune 500 homebuilder where he quickly built a reputation for honesty, leadership, and attention to detail. In fact, he was named Manager of the Year within six months of joining the company and won designation as Team Player of the Year the following year. On nights and weekends, Richard developed project management IT innovations that were ultimately adopted by the company in several states. Subsequently, Richard was named to the company’s Legacy Club, which ranked him among the top managers for customer satisfaction in the firm’s 50-year residential construction history.

As a Project Manager at Bauhaus Custom Homes and ArTex Development, Richard perfected his craft on a variety of single family, multi-family, second story addition, and remodel projects for celebrity and other discerning Dallas clientele. Richard's ability to build using the latest in building science, successfully executing the highest-end finishes, and leveraging the latest technology to organize the process leaves his clients with an experience they are happy to brag to their friends about.

Richard is 1 of only 10 NAHB Graduate Master Builders in Dallas and serves on the Dallas Builders Association Board of Directors as President of the Dallas Divison. In his free time, Richard enjoys spending time with friends, volunteering as a first responder with TEXSAR, and serving as an EMT with Wise County EMS.

Let this business know you found them on D Magazine’s Online Directories.
Request Edits to Your Listing
SMS