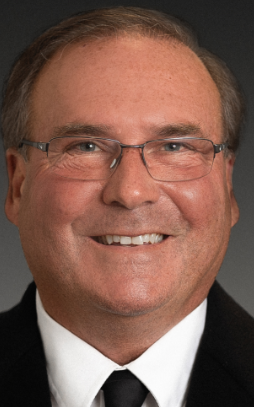 A graduate of the University of Southern California, John A. Racanelli, M.D., came from California in the early 1980s to attend the University of Texas Southwestern Medical School. Following his residency at Parkland Hospital, Dr. Racanelli completed a one-year sports medicine and arthroscopy fellowship in Lake Charles, Louisiana, under the direction of the renowned surgeon, David Drez Jr., M.D.

Even though Dr. Racanelli and his wife are both native Californians, they fell in love with the city of Dallas during his medical school days. After completing his fellowship in Louisiana, they returned to Dallas where he joined the Texas Orthopaedic Associates. Dr. Racanelli has authored numerous articles and book chapters in his area of expertise: knee and shoulder arthroscopy and reconstruction.

Dr. Racanelli, who played football and baseball at the University of Southern California and was a pitcher for the California Angels, believes that this valuable experience gives him a keen insight into sports medicine injuries, as well as the dilemmas injuries pose to the athlete.

By a vote of his peers, Dr. Racanelli was elected as a Best Doctor in Dallas in D Magazine nine years in a row.

Let this doctor know you found them on D Magazine's Online Directories.
Request Edits to Your Listing
SMS