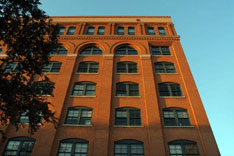 Although most associate the Sixth Floor Museum at Dealey Plaza with one unforgettable event—President John F. Kennedy’s assassination on November 22, 1963—the museum deals with more than just conspiracy theories. You’ll find an extensive collection of artifacts from that infamous day, as well as analyses of the impact and aftermath of Kennedy’s murder.

The seven-story building housing the museum used to be known as the Texas School Book Depository—the very building where it’s thought that Lee Harvey Oswald fired the fatal shots from a window on the sixth floor. When Dallas County acquired the building in 1977, it originally planned to leave the top two floors unoccupied, but due to the overwhelming number of visitors that ventured to the assassination site, the Sixth Floor Museum opened on President’s Day 1989. In more than 20 years of existence, the museum has received more than 6 million curious visitors wanting to learn about one of the most notorious events in Dallas’ history.

With about 35,000 items, the Sixth Floor Museum has one of the most complete collections relating to the Kennedy assassination. Videos, photos, memos, medical reports, and oral histories can all be found within its walls. The sixth floor gallery offers a permanent exhibit of historical objects, while the seventh floor, added in 2002, rotates special exhibitions and programs, with past exhibits including firsthand encounters of what happened after Kennedy reached Parkland Memorial Hospital and pictures of Jackie Kennedy by Andy Warhol. Tours of the museum are self-guided; however, admission includes an audio guide narrated by Pierce Allman, one of the first reporters to broadcast from the depository.

Read More About The Sixth Floor Museum at Dealey Plaza