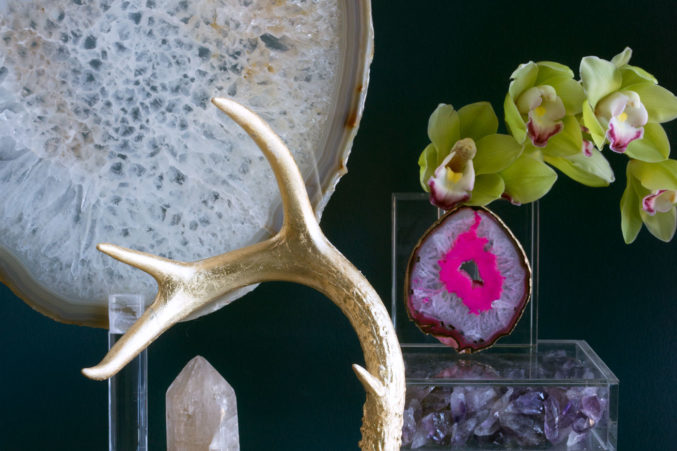 What do an environmental consultant, a florist, and a designer have in common? Lauren Renfrow would say a passion for the earth. She should know; she’s been all three. After working at an environmental-consulting firm post-college, the Dallas native launched a flower shop where she became known for incorporating natural elements like quartz into her arrangements. One day she saw an oversized quartz object and thought, äóìI could make a lamp out of that.äó That’s how Times Two Design, her home-accessories line, was born.

Since its founding in 2012, Times Two has been picked up by retailers in 19 states including local favorites Mecox, Madison, Sherry Hayslip Boutique, and Hess. In February 2015, Renfrow opened a to-the-trade shop of her own to showcase her wares. Every napkin ring, vase, coaster, box, lamp, and tray in the Cedar Springs store is handcrafted in Dallas, but the natural materials they’re made from come from places as far away as Madagascar, Peru, and Brazil. äóìI think every one is a work of art because Mother Nature made it,äó says Renfrow, who can also work with designers to create a one-of-a-kind piece.

Let this shop know you found them on D Magazine’s Online Directories.
Furniture and Accessories Home and Garden
Request Edits to Your Listing
SMS