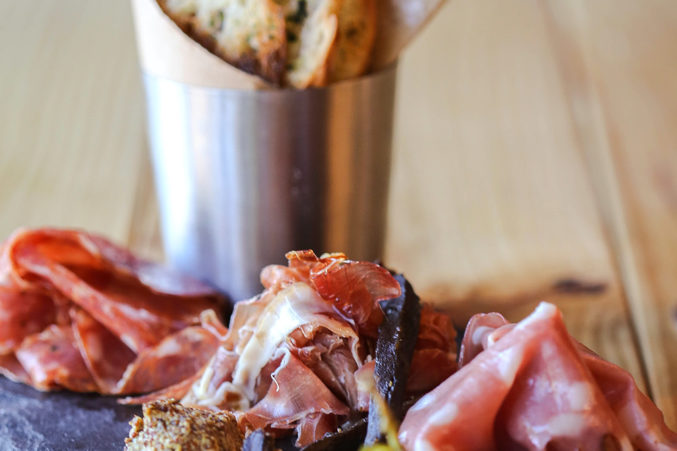 The restaurant, which took over the space that once housed Billiard Bar, is serving Texas-style tapas. Chef and owner, Randall Warder (previously of The Mansion), has designed a menu filled with share plates. Hightlights include charcuterie with cured meats, house pickles, spicy mustard and crostini and the brisket meatballs with balsamic glaze and shaved blue cheese. There are four rotating wines on tap — two whites and two reds — and thirty-eight wines by the bottle. The bar offers four draft beers, along with a cider and root beer and only six bottled brews. Signature cocktails include a Waterloo gin and tonic with house-made tonic, prickly pear mojito and ancho chili martini. There is also a “secret menu” but only for those who choose to sit at the bar.