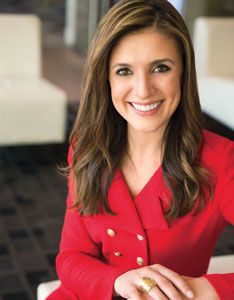 “My last lawyer told me there was no defense.”

Nicole Knox has heard that refrain, or one like it, from new clients more than once. Her response is, that’s not necessarily true. Sometimes, you just need a lawyer who’s willing to work hard enough to find it.

As a criminal defense attorney, she refuses to compromise on things such as hard work. Her clients know that, in her, they’re getting not just a talented advocate, but also a passionate one who believes fundamentally in the rule of law and who will insist on protecting the rights of the accused.

But perhaps just as important, her clients know that she will listen to them and that she will always keep them informed as to what’s going on in their case. As a woman practicing in an area of law–criminal defense–typically inhabited by men only, they know she has the ability to create a different dynamic in a case and in a courtroom.

Those are some of the reasons that executives, doctors, lawyers, entrepreneurs, and other professionals hire her for help in cases involving white-collar crime, and other complex and serious charges in state and federal court. Her commitment to high-quality defense for those being investigated or charged with a crime is matched by her long list of not guilty verdicts at trial, dismissed charges, and favorable plea-bargains.

That’s earned her the respect of her clients and her colleagues, and a place on D Magazine’s list of The Best Lawyers in Dallas for 2016.

Ms. Knox defends against misdemeanors and felonies, and state and federal crimes. She has represented professional athletes, reality TV personalities, law enforcement officers, lawyers and politicians. She frequently defends against charges of: