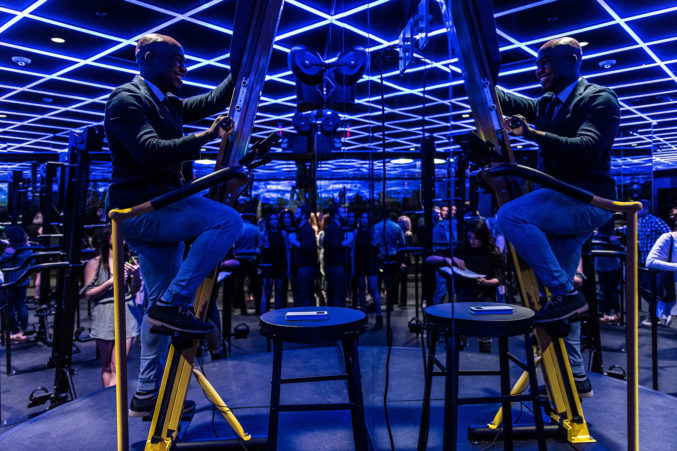 In 2015, trainer Jason Walsh chose Los Angeles’ West Hollywood neighborhood for the first Rise Nation studio, frequented by many of Walsh’s celebrity clients, including Jennifer Aniston and Mandy Moore. Dallas is only the third location (the second is, somewhat inexplicably, in Cleveland) for Walsh’s concept, the first to create a fitness empire around the funky, vertical fitness machine called the VersaClimber.