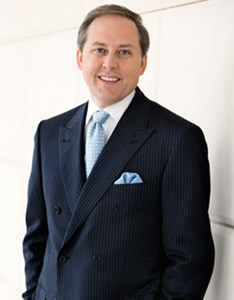 A perfectionist is one who constantly strives to improve. He is not happy until he knows he has done his best. Dr. Steven J. White is guided by a principle he learned at an early age: "If you are going to do something...do it right." This simple philosophy has served him well both academically and professionally throughout his life.

Dallas plastic surgeon Dr. White is one of the few plastic surgeons in the United States certified by both the American Board of Plastic Surgery and the American Board of Otolaryngology/Head and Neck Surgery. He dedicated 8 years to residency training (after medical school) in order to be fully trained in both specialties. Dr. White received his training in Otolaryngology (ENT or Ear, Nose, and Throat Surgery) at UT Southwestern Medical Center and Parkland Memorial Hospital in Dallas. He then returned to Baylor College of Medicine in Houston for his residency in Plastic and Reconstructive Surgery. Dr. White is a member of the American Society of Plastic Surgeons and a Fellow of the American Academy of Otolaryngology - Head and Neck Surgery. He is also a member of the Double Boarded Society as well as numerous other medical societies.