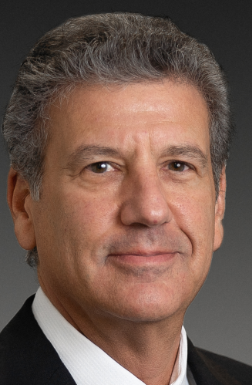 Dr. Robert R. Scheinberg is regarded as a leader and authority in the field of sports medicine. He treats athletes whose levels range from professional and collegiate to high school and recreational. As a team physician for the United States Ski Team and multiple local high schools, he has a special interest in sports-related injuries and arthroscopic reconstructive surgery of the knees, shoulder, elbow and hip.

Elected by his peers as one of the best doctors in Dallas, named a Texas Superdoc and a Best Doctor in America, Dr. Scheinberg has been board-certified in orthopaedic surgery since 1995. He is a past president of the Texas Society for Sports Medicine and an honorary member of the Southwest Athletic Trainers Association.

Teaching remains one of Dr. Scheinberg’s interests. He is a clinical assistant professor at UT Southwestern Department of Orthopaedic Surgery. The author of numerous papers and book chapters, he has presented and lectured at national and international conferences.  Dr. Scheinberg has developed innovative orthopaedic implants and techniques which are widely used by sports medicine surgeons around the world.

Recognized as one of the nation’s most experienced hip arthroscopic surgeons, he teaches and lectures in the U.S. and abroad to fellow orthopedists about his techniques.

Dr. Scheinberg enjoys golf, skiing, running, and fitness training with his family, which includes his wife, Deon, who is a physical therapist and former Dallas Cowboys Cheerleader, his twins, Blake and Layne, and their two Great Danes.