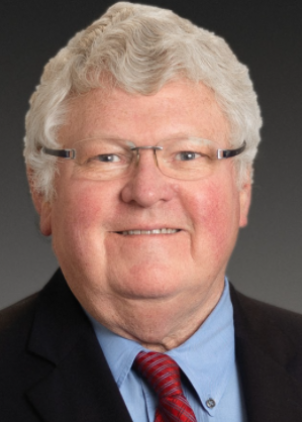 Considered one of the nation’s leading specialists in sports medicine and knee surgery, Jim Montgomery’s accolades are many. An official member of the U.S. Olympic team, he has held the top medical positions in the Olympics organization, as Physician to the U.S. Delegation for the 2004 Olympic Games in Athens and Head Physician for the 1992 Olympic Games in Barcelona, as well as an eight-year stint as the USOC’s Vice Chairman of Sports Medicine. Since 1996 Dr. Montgomery has been included in the “Best Doctors in America” list and has been named a Best Doctor in Dallas in D Magazine since its inception.

Dr. Montgomery has trained more than 200 surgeons while serving as Clinical Professor at UT Southwestern. Dr. Montgomery’s residents have twice bestowed him the revered Pete Matsen Award, an honor given each year to one distinguished educator within UT Southwestern’s orthopedic program. He was honored by the Fort Worth Orthopedic Program with their 2002 Teaching Award.  Responsible for reviewing all applicable information, he served as the Dallas Board Review Instructor for knee and sports medicine from 1984-2004. He is a fellow in the American Academy of Orthopaedic Surgery and is certified by the American Board of Orthopaedic Surgery.

A fly-fishing enthusiast, one of Dr. Montgomery’s favorite places is Montana.

Let this doctor know you found them on D Magazine's Online Directories.
Request Edits to Your Listing
SMS